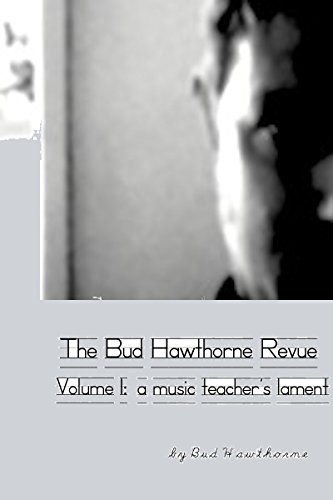 about this book: This is a scathing resignation letter from a former music teacher. He rants about the condescending attitude toward arts in education, not just from administration but even among his peers. He struggles through several years of teaching during which he claims to have, "No voice." Yet as one reviewer puts it: "...despite the author’s professional disillusionment there are glimpses of the important work he does in the classroom. The most striking example is that of the severely autistic, mute girl who he discovers has a talent for composition.

Bud Hawthorne is a talented writer and at some points the essays read almost as poems in prose."

This novella length book is only the beginning of a series on education. Volume 2 is now being composed for release in early April. Bud Hawthorne (published by Seven Eleven Stories) is in this way starting a movement of honest journalism deconstructing, and hopefully one day, reconstructing this thing we call the classroom from a more enlightened and compassionate philosophical base than we have seen in these past decades.