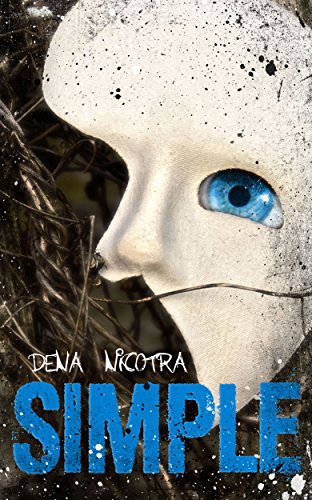 about this book: Those that have survived call the rogue bio-synthetic humanoids "Simps" because the company that started the mess had a cheesy marketing campaign that said they made life "Simple." They couldn't have been more wrong. When the war broke out, simps were used to spare human losses. It was viewed as a brilliant solution until a developer working for the enemy infected the Simps with a virus that caused them to turn on the humans they served -- they couldn't shut them down fast enough.

Nothing simple is real.

Living in the aftermath, Hailey Pachello survives by relying on herself and never staying in one place for very long. Then, she meets Leonard 'Gizzard' O'Malley hiding with his laptop in the rubble of a collapsed freeway overpass not far from the former headquarters of IDE Incorporated -- the company responsible for Simps.

Giz is a tech-geek with mysterious connections and a plan. As much as she wants to ditch him, she's exhausted, hungry and tired. She's also curious. Not that she'd admit that to him or anyone else. Hailey isn't exactly a people person. After a Simp discovers their hiding place in the middle of the night, she's along for the ride -- like it or not.