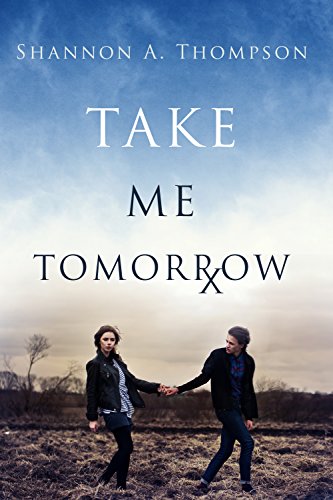 Book: Take Me Tomorrow by Shannon A. Thompson

about this book: Take Me Tomorrow is a young-adult, dystopian novel that surrounds the existence of a clairvoyant drug. When the drug revealed freedom in the future, the regions revolted only to be killed off. Years after the massacre, Sophia Gray has forgotten her childhood until she meets a stranger in her backyard. He's wild, determined, and one step ahead of her. But when she figures out his past, she begins to question everything, including herself, and Sophia has to make a decision: fight for a future she cannot see or sacrifice her loved ones to the world of tomorrow.

This novel explores the various aspects of drug use within society, including but not limited to drug creation, addiction, labeling, mass distribution, and effects on user and user's loved ones. These topics were handled with great care. After my mother died from a drug overdose, I blamed her for her addiction, but - as I grew - I researched everything I could about drugs, and I came to understand much more than I ever could have imagined. Take Me Tomorrow is a result of that exploration.

That being said, Take Me Tomorrow formed by itself, and it went in many directions that I never planned for it to go.