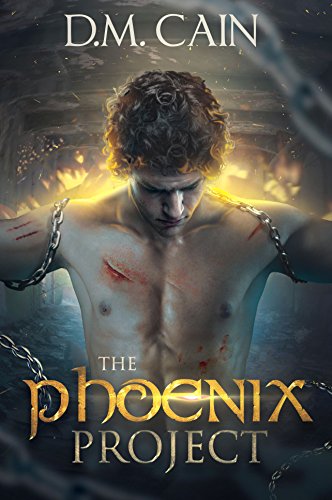 about this book: I started writing this book nearly ten years ago when I was thoroughly entrenched in a world of dystopian fiction – 1984, A Clockwork Orange, A Brave New World, A Handmaid's Tale etc. I loved the bleakness, the horror and the futility of the futures they predicted. This is what led me to the idea for The Phoenix Project. I worked on it for many years, tweaking and tuning the story until it was not only a dystopian tale of a harrowing world in the not so distant future, but also a catalogue of everything that made me who I am. My political and religious opinions are embedded in this book, my feelings on morality, on life and death, of love and hate are all hidden within the voice of the various characters.

Yet, despite my intense personal connection with the book (I even have a tattoo of a Raven on my shoulder – Raven is my main character) I didn't come to actually write this book until around three years ago when the plot began to take form properly.

Now, it is a foreboding and desolate warning of what mankind could become if its moral compass were to fail. With an increase in terrorist attacks and religious fundamentalism across the globe, the government outlaws religious preaching and forces the nation into a brutal and uncompromising penal system – The Phoenix Project. Prisoners are forced to fight each other to the death in front of TV cameras, watched by a world that callously cheers for their favourites. Fight superstars rise and fall and the public's bloodlust surges with every death they witness.

In the middle of it all, the protagonist, Raven Kennedy, must fight to stay alive, while at the same time coming to terms with the horrific crime he committed. He spirals further and further into depression and self-harm with every life he is forced to take in The Phoenix Project's battle arena.

The overriding message in the book is this: Can Raven overcome his self-hatred and keep himself alive before the fights send him to his death?

'The Phoenix Project by D.M. Cain is a superbly written debut, soaked in tension and intrigue' - Jack Croxall, YA author of the Tethers trilogy

This is one of the best novels I have read in a long, long time. Combining the theme of crime and punishment in a deeply disturbing dystopian setting with a deep and meaningful exploration of how and why the prisoner punishes himself in a descent into self-loathing, DM Cain's fabulous debut novel challenges readers' beliefs of religion, good and evil, and our acceptance of what we're capable of doing to fellow human beings.

Raven Kennedy is incarcerated in the notorious Salverford prison, but his harshest jailer, securing him in the tightest and most inescapable chains is none other than himself. The brutality of Salverford's regime is matched only by Raven's determination to punish himself for his crimes.

Those aspects place this book firmly in the top drawer of disturbingly compulsive reads.

If you only read one book this year, make sure it's DM Cain's The Phoenix Project. [by Stewart Bint]