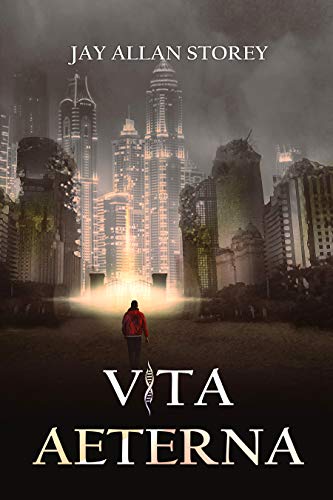 about this book: Sixteen-year-old Alex Barret lives in 'the Quarters', a set of garbage-strewn, rat-invested slums squatting in the remnants of a long-dead city. The Quarters surround the newer and much more affluent 'Corp Ring', which itself surrounds the fabulously wealthy 'First Circle'. Henry lives with his dad, white-haired, wrinkled, and feeble even though he's only forty-five years old.

On his birthday, like all kids his age, Alex is scheduled for a medical procedure called 'Appraisal'. Everything else costs, but for some reason Appraisal is free for all, even the desperately poor, like him. It's purpose is to extend life, but Appraisal is unpredictable, and in rare cases, like for Alex's dad, can actually shorten it.

Alex has heard of every possible Appraisal scenario over the years - on the day of his treatment, he knows what to expect.

So how is it possible that Alex's outcome turns out to be 'none of the above'? Now he's on the run from a ruthless army led by the most powerful man in the world, and his only hope is to track down his long-lost uncle - who's supposed to be dead.