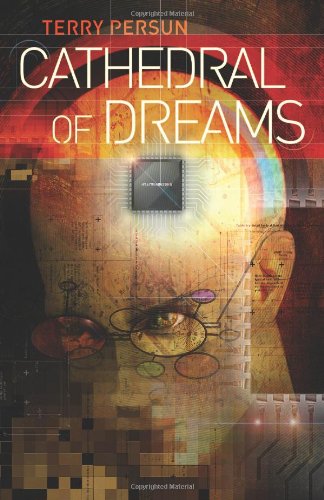 about this book: "Cathedral of Dreams" follows Keith as he escapes from a dystopian city that doesn't allow peak emotions, by inserting an emotion-damping chip inside his arm. Through two strange visions, Keith finds his way out of Newcity, and picked up by people he has never met. Once outside, Keith joins with other escapees who are being slowly integrated into the outside world. The integration is taking place in the country by a band of dissidents who want to stop residents from escaping.

Reviewers have said:
• "With just a twinge of 1984 mixed with lots of action, I thought this book was great!"
• "Persun takes the reader on a wild ride..."
• "The book ranges from light philosophical questioning to fun action and adventure."
• "The pace of 'Cathedral of Dreams' keeps you turning the pages."
• "The main character I rooted for throughout the entire book."
• "Persun's book is an engrossing read and not overloaded with heavy techno-speak like some science fiction novels. Yet, 'Cathedral of Dreams' does not pander to any one group, but rather walks a careful line between Luddites and the Digerati, romantics and pragmatists."