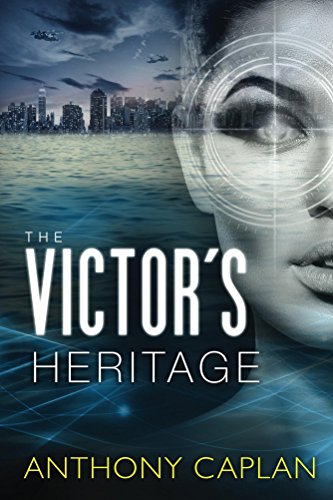 about this book: The Victor's Heritage features teenaged Corrag who rebels against the Augment, administered to high achieving youth in Democravia in 2045. A single act of rebellion sends her into a world of exile, imprisonment and war against the powers that be. Will she survive, and will she learn what it means to be a young woman, independent and fully in charge of her own destiny?

The Victor's Heritage is the second book of the Jonah series and is aimed at young adult and adult readers interested in dystopian fiction with quality writing and well-conceived characters.

The Victor's Heritage takes place in 2045 after the age of secession has broken the United States into two countries, the socialist Democravian Federation and the libertarian Republican Homeland. The story poses questions about the benefits and costs of technology, as well as the balance between individualism and the social good.

The book continues to explore themes introduced in Savior, Harvard Square Editions, 2014, of personal redemption and societal turmoil. In this latest book, the villains are not drug cartels intent on world domination, but corrupt elites seeking to enslave mankind under the guise of cyber-enhanced intelligence and the lure of immortality.

A former journalist with the Associated Press and United Press International in Mexico and Central and South America, Caplan currently works as a high school teacher in New Hampshire. His previous titles include Savior, Birdman, French Pond Road and Latitudes - A Story of Coming Home.