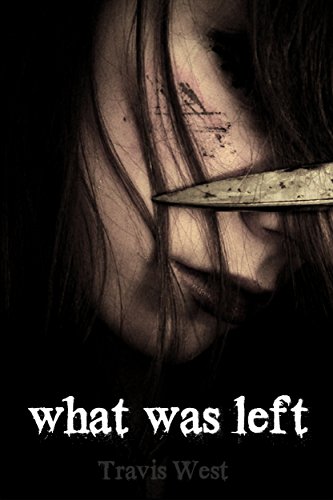 Book: What Was Left by Travis West

about this book: I've always been drawn to dystopian and post-apocalyptic fiction because I find the survival instinct of the human race to be fascinating. What people are willing to do to, how far they are willing to go in order to survive differs for every person, and exploring the breaking points of different characters is very interesting to me. I'm particular interested in the moral choices my characters are forced to make in order to keep on living, and what makes them a 'hero' or 'villain' in the eyes of the reader. In 'What Was Left' I wanted to look at what made the people Valerie was running from 'the danger' and what it was that allowed her to keep her humanity while others around her devolved into monsters.

I originally conceived 'What Was Left' as a writing experiment. I wanted to tell a story in 12 episodes (it eventually became 13) and release each episode a week apart. But I didn't just want the story to have staggered release, I wanted it to have a staggered writing cycle as well. One day out of each week I devoted to writing an episode, however long it took to finish it, then I posted each episode on my website. I had an idea of where I wanted the story to go, and what I ultimately wanted it to achieve, but week-to-week I had absolutely no idea what I was going to write.