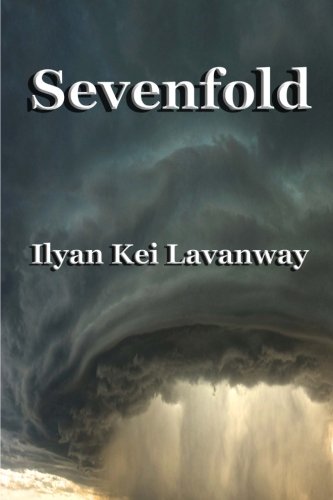 about this book: This short story began as a 750-word entry into a writing contest several years ago. Readers liked it so much that several of them asked me to develop the story further. I did so. While the present book is much longer than the initial 750-word draft, it is still classified as a short story. The idea came to me when I was pondering an Old Testament prophecy about the last days. The prophecy to which I am referring is one that is often overlooked. Read the book to discover it. The following are a few of the reviews readers have posted about Sevenfold:

Five Stars.
"I enjoyed this depiction for what could happen to our nation and possible fulfillment of prophecy. A quick yet thought provoking short story."

Five Stars.
"Sevenfold is a look at where the United States and the world is headed and will wind up within 60 years. It is a good story for anyone concerned about our direction, and for anyone who has faith in God along the way."

Five Stars.
"This futuristic Christian book gives a harsh look at the possible near future of a world where national sovereignty has given way to the New World Order and UN enforced dictates."