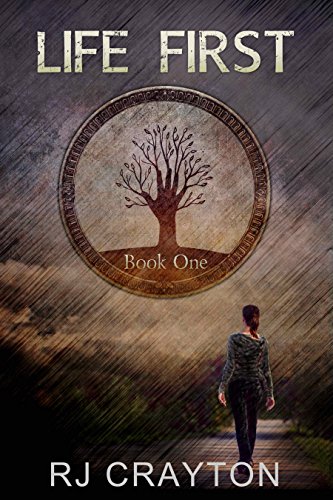 about this book: The choices we make in our lives help define who we are and what will happen.

In Life First, Kelsey Reed is faced with a choice: stay and conform to her government's demand that she give her kidney to an ailing stranger or try to escape and risk death.

People who refuse to donate sentenced to a holding facility, the future version of a prison. Only inmates aren't idly held; all their vital organs are harvested to help people in the greater society.

Kelsey chooses to flee, despite the risk. While it goes against norms of this future society, it was informed by what she saw happen to her mother and her best friend. Kelsey won't be able to escape without help. Her boyfriend Luke has promised to stand by her, and a dodgy doctor has promised his assistance, but, will that be enough?


Life First is a


What Reviewers are Saying:

• "I really think RJ Crayton should be expecting calls for film rights because this played out in my mind as I read it like a really great film…. It gripped you like King Kong and would not let go until you had finished the book."
— BestChickLit.com

• "This novel was a poignant, riveting, thought provoking read that had me entranced from page one until the very end of the book. In simple speak, I literally could not put it down."
— Griffin's Honey Blog


QOUTES FROM THE BOOK

• "It's been 50 years since the era of Life First swept in. It was only three weeks ago that I learned I was the best match for a man in Virginia with failing kidneys…. I was officially marked for donation. And once you're marked, there is no turning back."
— Life First

• "I've always felt comforted knowing my LMS (Life Monitoring System) would bring help. It was like the ultimate safety blanket. But tonight, I feel the opposite. The LMS means I can be tracked, and that is the last thing I want. "
— Life First

• "[Inmates] can't stand the waiting, the knowing that at any moment, without notice, they'll be told they're dying today ... The hypocrisy alone would drive one mad, let alone the prospect of being the human parts drawer society reaches into to cure its neediest patients."
— Life First