about this book: The beginning of a new R-Rated post-apocalyptic action comedy series, Crossing Bedlam was born from a very tiring round on a stationary bike. In my physical exhaustion, two things came to mind. One was that I really should exercise more than once a week. The other was the idea of writing a story where a young woman crosses a deadly landscape and her only ally is an insane serial killer that she broke out of jail. The only question was what kind of mission and world would these two survivors be thrown into.

Well, I already had the world since I tried to think of a story where the United States of America was blockaded by the rest of the world and the federal government was nuked soon after. The Shattered States was the perfect place for a woman and her pet murderer who believes he's a character in a story. As for the mission, I decided that they will uncover the truth behind the blockade. Then I realized that was a terrible idea and the characters I came up with would be more concerned with survival than something so large scale.

So, what is Crossing Bedlam about? Cassidy has survived the ten years of anarchy with the help of her recently murdered mother. To honor her mother's dying wish, Cassidy is determined to get from Long Island, NY to San Francisco, CA and toss her mom's ashes from the Golden Gate Bridge. Not an easy task with a country full of crazy in your way. Knowing she needs help and lacks anything to trade for safe passage, Cassidy decides her best bet is to break criminals out of prison and use them for bodyguards. An ingenious plan that falls apart and leaves her with Lloyd Tenay, an infamous serial killer who has no idea how dangerous the world has become since he was locked up. Not that the unknown will stop him from getting his murder on, but he does need Cassidy to help him survive.

Cassidy and Lloyd are off on a cross-country adventure where they'll face crazy gangs, terrifying assassins, animal-loving maniacs, and the nightmare that is Nebraska. By the end they might find the true meaning of friendship, but most likely they'll leave a trail of bodies in their wake and come to some mutual respect. After all, these two aren't heroes. They're only survivors and they prefer to stay that way. 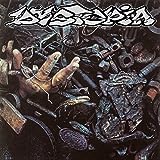 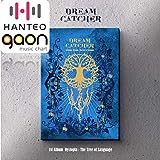 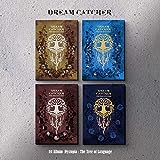