Book: Winning With Dyslexia - How 10 Awesome People Did It by Bev Huttinger

about this book: This book is about 10 well-known people with dyslexia: Steven Spielberg, Ann Bancroft, Whoopi Goldberg, Henry Winkler, Orlando Bloom,Carol Greider, Charles Schwab, Danny Glover, Tim Tebow and Tom Cruise not only overcame their problem but actually used it to attain a super successful life.Dyslexia is only one of many terms that were formerly used to describe children with learning difficulties, especially in language skills such as reading and writing. While the term dates back to 1869, the word itself didn't have a clear definition until much later.

During the 1970s and 1980s it came into more general use, but many still regarded it as a catchall phrase without a specific definition. It was not until the publication of a government document, The Code of Practice, in 1994 that dyslexia was officially recognized as a specific learning difference.

This shows why some of the people in this book did not know they were dyslexic until they were well into adulthood. (Steven Spielberg was 60.) They had never heard of dyslexia and didn't know it existed. Others were diagnosed at an early age but still didn't have the advantage of knowing what we now know about it. In contrast, Tim Tebow, the youngest of the 10, was diagnosed in 1994 at age seven and grew up considering his dyslexia "no big deal".

Today experts are discovering a link between dyslexia and success. The most important finding is that it is actually a gift. It is not a learning disability but a learning difference. Dyslexics are right-brained, which means they are intuitive and creative. They thrive on three-dimensional problem-solving and projects that require the use of their hands and sense of touch. They learn best through creativity and mastery of the meanings of words. When they use learning methods that fit their way of thinking, they can excel at what they do and learn to read and write efficiently.

The purpose of this book is to show people who are dyslexic or those who have loved ones who are to know they are not alone and that they can not only surmount their problem but can use it to become a success in life. 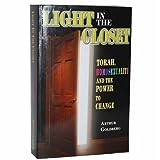 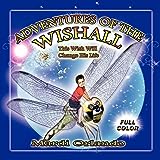