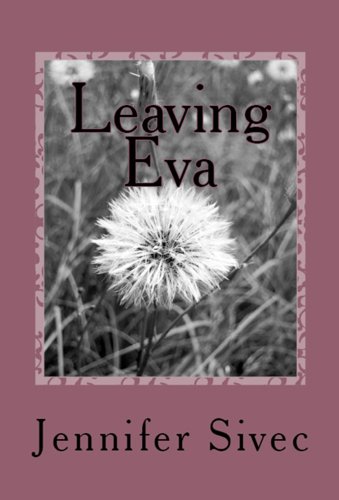 about this book: I began Leaving Eva as a quest to quiet my own demons about being abandoned as a child. It was a story that took about a year to write. As I started to delve into the complexities of some of the issues that evolved as I wrote, I realized that it was going in a direction that I hadn't planned. But that is one of the things I love about it.

Eva's story lead me into subjects such as alcoholism, abuse, and cutting, which were topics that required a great deal of thought and research. I didn't anticipate creating such tortured characters as the main character, Brynn Michaels, but something in the story made sense as I continued to write. While Leaving Eva presents an uglier side to people that perhaps many of us have never been exposed, it is also a story about resilience and strength. Brynn's struggle to become someone who loves and allows herself to be loved, is one that anyone who has ever been hurt can relate to.

As I continued to write I realized that Eva's story was about working through our past, no matter how difficult, to live the life we want and have the love we deserve. Leaving Eva may seem like a simple story at first, but there is a great deal of complexity. The story twists and turns in a way that you can't anticipate which direction it will take you, which is how our lives can often be.

I wanted to write a story that would be able to give the reader such breath-taking hope after devastating violence and loss. A story that would draw them in and keep them involved, every step of the way.

Leaving Eva is an emotional story about loss, pain, and the darkest side of the human spirit. But ultimately, it is a story about how unforgettable love can heal even the deepest wounds and the most broken hearts.