Book: Trump's Island - A Gilligan's Island Parody for Adults Only by J.C. Cummings

about this book: Just sit right back and you'll squeeze a tail…

Ahoy, fellow lovers of all things tropical and naughty! I present to you: "Trump's Island: A Gilligan's Island Parody for Adults Only"! In this fun and steamy tale, we return to the year 1969 on a tiny island far out to sea in the Pacific…

Following a wild and sexy mishap aboard the opulent (to say the least) Trump family yacht, 23-year-old Donald now finds himself stranded on a gorgeous and uncharted tropical island which just happens to be inhabited by seven stranded castaways who, in very short order, would like nothing more than for this rude, crude, and obnoxious young man to get stranded elsewhere.

But it's not all bad for the brash, young Trump, for, among those seven castaways are two of the most lusted-after lovelies this side of Pago-Pago: gorgeous movie-star Gina LaPlante and farmgirl extraordinaire Mary Lynn Saunders. And every swaying step they take seems to pull his eyes that much further from his head, drop his jaw that much closer to the ground, and leave his silk boxers that much more stretched.

Well, our future President is sure in a quandary now! As much as he wants off this island so that he can return to his life of wealth and luxury, he may find that his desire for a three-way roll in the palm fronds with both the buxom and wide-hipped Gina as well as sweet and innocent Mary Lynn (who just happens to have, as Donald deems it, the World's Most Beautiful Ass) is even more compelling.

A Trump is certainly accustomed to getting what he wants. But are even his hunky charm, wealth, and the promise of a free ride back to civilization enough to convince the two objects of his affection to go along with his demands? After all, Gina happens to have VERY high standards when it comes to men, and even all the money in the world might not be enough to convince Mary Lynn to lose her renowned virginity to a man whose off-color advances are unlike anything she could possibly imagine!

This 80,000-word story has it all: hilarious comedy, rollicking adventure, sensual romance, dream sequences that will leave you in stitches, tropical allure, a touch of drama, mind-blowing titillation, and, of course, the Donald J. Trump brand of bawdy sexual comings and goings that will leave you hungry for more.

Whether you are a fan of 60s-telivision parody or present-day political satire, this tale is for you. Get your steamy copy today and go to a place where the TV cameras of yesteryear, or any year, were never allowed to go! 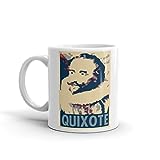 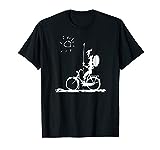 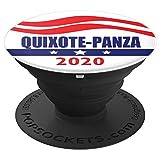