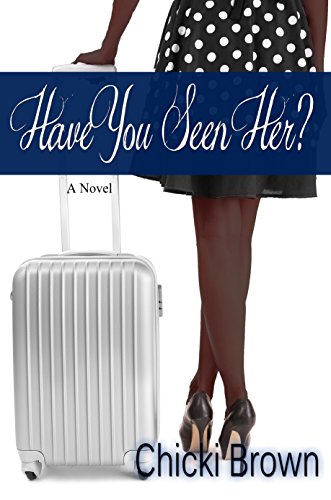 Book: Have You Seen Her? by Chicki Brown

about this book: HAVE YOU SEEN HER? is about a wealthy woman's struggle to escape an abusive marriage and what happens when she finally gets the courage to leave.

After watching a TV documentary about domestic abuse, I knew the steps that are recommended to the average woman trying to get away from a spouse/partner that is physically, mentally, verbally or sexually abusing her. But I wondered if the same suggestions would work for a woman of means.

Marcia Hadley is a smart, attractive, resourceful woman who married the wrong man. Her journey to freedom becomes more interesting when she meets a man who only wants to protect her. A sizzling attraction develops between them, and he is instrumental in her survival but not in the way readers might expect.

The title comes from the old school R&B song by the Chi-Lites in which a man is singing about a woman who has disappeared from his life. Naming this first novel gave me the idea to do the same for all my books.

During the writing process, I researched different abuse survivor groups and learned a lot about the resources available to women that find themselves in this horrible situation.

Video: Have You Seen Her? by Chicki Brown