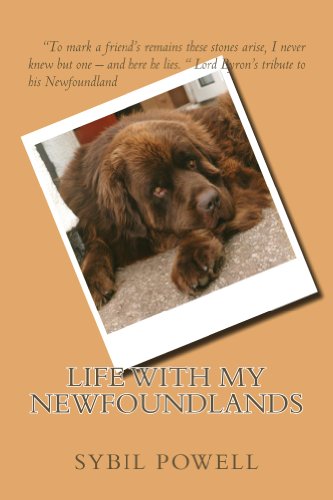 Book: Life with my Newfoundlands by Sybil Powell

about this book: This is a book about my four Newfoundland dogs who lived with me and my husband for over twenty wonderful years. Meg was a rescue, a bitch and my first. We spent a year together getting to know each other and bonding, we were inseparable and understood each other at an almost human level. William joined us through some odd circumstances but he was accepted into our family group. Sometimes Meg and I would be like the humans and William the pet, sometimes Meg and William would be canine buddies and I would be the 'Misses'.

It worked well but when Meg died William and I were distraught, so much so that William would have died if we had not replaced her. Enter Osca my first Newfoundland puppy. Much to my relief William got over his sorrow, Osca saw to that and after a period of acceptance they became firm friends. As for me Osca was a wonderful character though I never got to the understanding I had with Meg but then that was extraordinarily special. He accepted William as the senior always deferring to him even when he was an older dog.

The time came when lovable old William died, Osca was not as affected but by this time we had got used to having two Newfies so a little brown puppy arrived. From birth Hogan had been independent and I always felt he loved us on his terms. Sadly now it was difficult to find enough time to give him the love and companionship that the others had and that I so badly wanted to give him. When he died some time well after Osca, my husband and I decided not to replace them. Things had changed and we could no longer guarantee any new dogs a secure life. My four Newfs live on in my memory and that is why I wrote this book for myself but I thought you might like it. 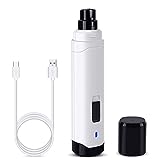 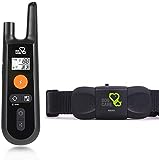 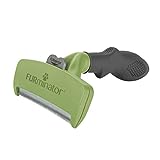 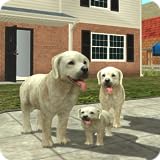