about this book: Let us category drama into a unique and specialized true story. Many have eloquently expressed their emotions after reading this book to say; "I am currently pissed off, I can't believe how you endure this misery for so long?"

A man who takes pride on the high level content of books he reads, a man who is intellectual by nature makes a personal phone call from many states away to explain, "Wow – I'm in the middle of this book and I can't stop thinking about what will happen next? I never cried before and this has put tears on me a few times already"

"Our Children Come First" is a memoir of Robert Pikula's life in divorce court. After being in court 10 times, he endured steady concerns and fear of what might happen to his daughter (Julie) with a neglectful, abusive and highly unstable mother. Since his daughter was 5 months old until adulthood he had gained full, sole and legal custody but that wasn't enough to keep his daughter's mental health from different levels of depression. Narrated by Robert, through his eyes, you will learn what is said in those court rooms and how his child copes in everyday life, in school and out of school.

Toward the end of the story you will be given an unusual experience as Robert is forced to help another father, Jimmy, get custody of his daughter, Abby, from the very same mother. After being friends for four years he passes away and the unthinkable happens.

What happens to Jimmy's daughter after she finds her father deceased kneeling next to the bed in prayer position, this is what motivates Robert to write this book. Six years later we now get to learn of what happened to Abby, well a percentage of it. Afterwards and with much research Robert is devastated to learn the real purpose of CPS, child protective services.

His purpose is to help and educate parents of how to navigate through divorce court, and to support them as much as possible. But his hardest obstacle is warning other parents across the world of an evil seed that is lurking in our hospitals, at your door step and they disguise themselves as CPS, OR DCFS. Robert says, "Don't misunderstand me, I do know there are many good people in CPS trying to help our children, but the research I have done and the groups I have encountered are mind blowing and devastating to say the least"

Read for yourself and try not to be too frustrated, Robert says jokingly.

The biggest message this book screams, "Our Children Come First" parents you need to step up, stop arguing and protect your children no matter the cost. Learn what you and your children's rights are before it is too late. 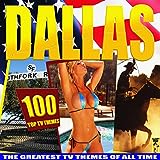