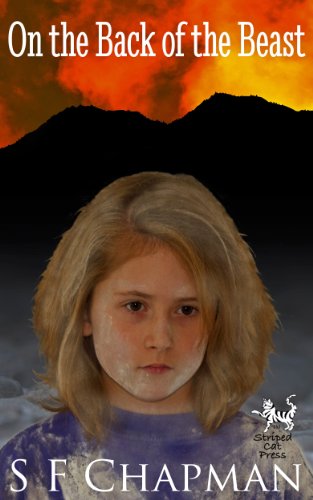 Book: On the Back of the Beast by S. F. Chapman

about this book: "On the Back of the Beast" follows several people around before and after a major earthquake in the San Francisco Bay Area and we see how they cope with the chaos, uncertainty and calamity of the disaster. Nearly readers will identify and/or sympathize with one or more of the characters.

I wrote "On the Back of the Beast" as a warning about difficulties of surviving all types of disasters. I used some tales about kids who lost both parents in a matter of minutes during 9/11. Also a good deal of the chaos that followed Hurricane Katrina made it into the book. Neither of these terrible outcomes are limited to earthquakes.

The "upside" with major earthquakes is that they are VERY rare. I'm in my mid-fifties and have lived in earthquake-prone Northern California for my entire life; the worst that I've been through was the rather moderate Loma Prieta Quake in 1989. 63 people were killed as a result of that earthquake compared to over 1,800 for Hurricane Katrina and nearly 3,000 for 9/11.

Many readers have told me that "On the Back of the Beast" has gotten them to think rationally about the potential calamities that we all face. I have taken to carrying a small flashlight and a whistle with me just in case.

Video 1: SF Chapman about his quest to write 12 novels in 5 years
Video 2: Author S.F. Chapman discusses his novel 'I am here to help.'