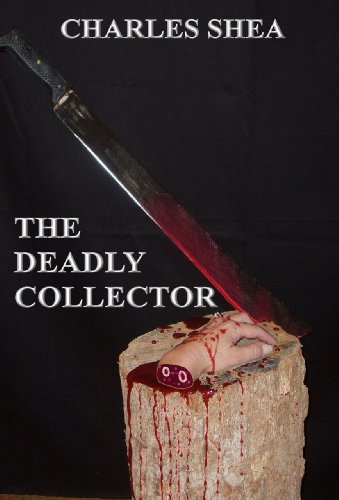 about this book: The Deadly Collector is my fourth novel, and it’s the second story in the Detective “Brick” Brikler series. As usual, it took about a year to write. The plot for my story was inspired by a story about a man in Miami who chewed the face off of a homeless man. I expanded upon this gruesome attack by making the attacker a serial killer.

The Deadly Collector doesn’t collect faces, but he does take other parts of his victim’s bodies. Detective Tom “Brick” Brikler puts together a task force in an effort to stop the killings. Unfortunately for the citizens of Atlanta the Collector is not a drug crazed maniac like the attacker in Miami, he’s very cunning and meticulous making his capture extremely difficult.

I’ve always enjoyed reading “who done it” murder mysteries that have a good deal of twists and turns and give me a surprise ending, so I write my eBooks using those same criteria. I hope you’ll be entertained by The Deadly Collector.