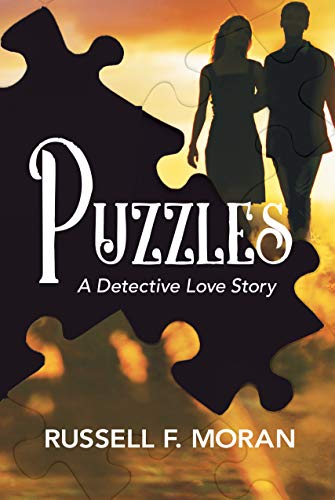 about this book: Puzzles Book One – A Detective Love Story is more than a crime thriller. It's a detailed look at the arts and skills required of detectives. It's also a sweet love story about two detective partners.

Chicago police detective Bobbie Nelson is hired by the New York Police Department during a massive scandal. Mayor Paxton, in an unprecedented move, begins to hire detectives from across the country. He basically said, "Screw the union contracts, I've got a city to run." He dispatches NYPD Commissioner Ralph Norquist to fly to Chicago to recruit the famous Detective Bobbie Nelson, a woman the Chicago Tribune said is "a real-life Sherlock Holmes."

Bobbie is partnered with NYPD Detective Bob Lawton. At first, they don't know what to make of each other. At first. Gradually they adjust, and then they find that they're more than okay with each other, quite okay. They begin to like each other—a lot. They become the talk of the NYPD. Commissioner Norquist finds that he can rely on them to crack the most difficult cases in the department, cases that would stump even the most experienced detective. He realizes that the "BBs" (the nickname he gives them) are a team he can count on. He also notices that Bob and Bobbie hold hands a lot. They are, as he puts it, becoming "an item."

At first, Bob worried that his new partner just may be an obnoxious, overbearing woman, given her notoriety. On their first day together as partners, they're assigned to a mass shooting, one that includes 85 dead bodies. That was when Bob discovers that his new partner has amazing skills as a detective. He also notices that she's polite and respectful, not the difficult person he expected. He also realizes that she's the most beautiful woman he's ever laid eyes on. Besides their growing affection for each other, Bob and Bobbie also know that they love what they do—they solve puzzles.

One evening, after they worked together for a month, they went to dinner. Bobbie decided to stop bottling up her feelings about Bob. She said the words that Bob will never forget: "I love you, Bob. I'm wild crazy in love with you."

Bob then told his partner how much he loved her.

Soon after that, they married.

Commissioner Norquist routinely assigns the BBs the toughest cases in the NYPD. After the mass murder case, they take on the kidnapping of the New York City mayor and his wife. After they solve that case, they are assigned to a matter involving the assassination of police officers. Bobbie theorizes, correctly, that the killings are a new form of terrorism. The police murders are not limited to the NYPD but are a countrywide problem. Bob and Bobbie are deputized as provisional FBI agents by the Direct of the FBI and are given command of the cases across the nation. Commissioner Ralph knows that there is no case too difficult for them. He regularly assigns them serial-killer murders, including a man who kills his victims with a screwdriver to the head. After they solve that in a month, they take on a case of multiple serial killers who are murdering schoolteachers across the country. After the BBs handle that case, Commissioner Ralph, who now sees them as friends, refers to them as 'NYPD Royalty."

Next, they are assigned to a crack horrible ring that kills young people and harvests their internal organs for a profit.

The New York Times published an article about them entitled, "The BBs – New York's Dynamic Detective Duo." The public now knows Bob and Bobbie as the BBs.

Then they take on the Mob. The Mafia has undergone a huge resurgence. As provisional FBI agents, Bob and Bobbie are sent to Bobbie's old haunts in Chicago to spy on the new Mafia, and there they encounter the most dangerous case they ever handled. Bobbie gets kidnapped.

But nothing can compare to a massive conspiracy that sees the nation's colleges and universities being attacked by a shadowy group called "The End of America." Using their amazing skills as interrogators, Bob and Bobbie uncover the leadership of the group. As Bobbie put it, "First they have to come through the BBs."

Bobbie Nelson and Bob Lawton are two of the most exciting and likable characters you will find in all of literature.