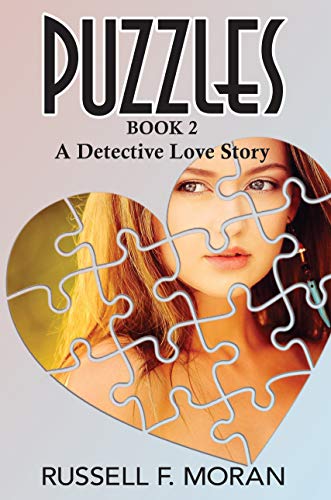 about this book: Puzzles Book 2 - A Detective Love Story

A police thriller wrapped around a sweet romance.

NYPD Detectives First Grade Bobbie Nelson and Bob Layton are partners, lovers, husband and wife, and, as Bobbie loves to say, best friends. They both agree that the day they were partnered was the luckiest day of their lives.

Police Commissioner Ralph Norquist is their boss and also their good friend. He nicknames them, "the BBs." Norquist discovers that he can assign the most difficult cases to them and they will get the job done. It's almost routine the way they solve child kidnapping cases, serial killer murders, attacks on subway trains, a huge case of drone attacks on football stadiums, and Internet fraud attacks on senior citizens. But what never becomes routine is their love for each other. When they get to their office in the morning, they begin the day with a hug and a kiss.

Their partnership almost ended when Bobbie was shot in the head at a crime scene. She spent six long weeks in a semi-comatose state. Bob said it was the worst six weeks of his life, not knowing if Bobbie would fully recover. Fortunately, the bullet wound did no permanent brain damage, and Bobbie came back to her old self, including her photographic memory.

Besides being famous detectives, they're also talented writers. Bob had written a best-selling crime novel before they met, and they both collaborated on a nonfiction book on the art of being a detective. That book became a runaway bestseller and the royalties poured in. Their book profits, combined with a generous inheritance from Bob's uncle, as well as their combined salaries, made them more than comfortable financially.

They renovated their apartment near police headquarters. Bob had bought the building before they met. After a neighboring tenant moved out. They knocked down a wall and created a 3,000 square foot apartment, a three-block walk from One Police Plaza.

Realizing that they need to get away from their hectic work occasionally, they bought a beautiful mansion in East Hampton, and they love to spend weekends there with friends and family—until they discover they are being stalked by a serial killer.