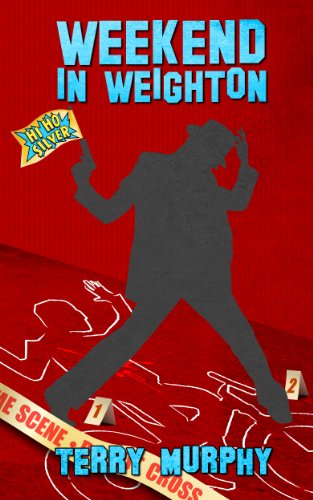 about this book: 'Weekend in Weighton' is set in industrial Northern England and is a mix of crime, noir and dark humour, sitting somewhere between a spoof and an homage to classic, Chandler-inspired hard-boiled detective fiction


I developed an interest in 'spoof' noir when I was in my teens and I remember enjoying films like 'Play It Again, Sam' and 'Gumshoe', but I actually started writing 'Weekend in Weighton' after watching 'The Adventures of Ford Fairlane'. He is the ultimate trash-talking, quip-a-second, brash private detective and I wanted my main character, Eddie G, to be an English version, but in a more prosaic, down-at-heel setting.

I wrote the opening chapters in 1994 and went back and finished it in 2011. In my first stint I really enjoyed writing the interplay between Eddie and Jimmy in the casino scene, especially with the distraction (for Eddie) of Jimmy's two female companions. Some of the best lines in the book are in that scene.

Of the later stuff, I had great fun writing the big chase scene. Eddie's duel with Tommy on the boat deck and (spoiler alert) his escape on [redacted!] had even me holding my breath. Apparently that scene has been copied for the next Bond film. Ain't they stinkers?

If I were to meet 'Eddie' in a bar it wouldn't end well, would it? In real life I tend to follow Max Erhman's advice and avoid 'loud and vexatious' types, and I'm not sure I'd be happy playing second fiddle to someone who was funnier than me. But at least Eddie's been on a wine-tasting course (plug for chapter 7) so we might have something to talk about. Oh, yeah, we could also compare mountain bikes – although his Santa Cruz SuperLight sounds much better than mine.

More than anything, I hope readers find the book funny, different and quirky, and that they don't guess the 'whodunit' ending.


• "Great fun with some cracking jokes – 'this femme is fatale' being my favourite – it reminded me of the Lynne Truss serial on Radio 4." — Sue Fletcher, Deputy MD, Hodder & Stoughton