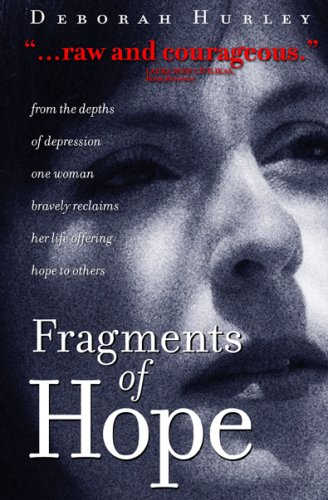 about this book: Deborah was in her twenties when a major depressive disorder swallowed her soul cunningly invading her entire world. This illness viciously devoured her dreams leaving her to dangle between life and death for years upon years. She couldn't cling to hope because hope seemed too massive for her to grasp. As her body gradually tired, her weary fingers were only capable of embracing tiny slices or fragments of faith. She clutched onto those minuscule moments and prayed that her grip was secure enough to sustain her throughout her grueling journey.

Deborah was abandoned by her birthfather which created a perpetual ache inside of her heart. Feelings of rejection permeated her soul continuously leaving her to feel forsaken and cast aside. With no mercy, her depression took on a life of its own eventually disconnecting her from everyone and everything. During the midst of each depressive episode Deborah wrote in journals on exactly what was taking place inside of her body. Unaware at that time, those powerful journal entries would eventually conjoin and she would conceive one of the most true-to-life candid books on severe depression ever written.

It was in 2004 when Deborah felt an intense desire to offer encouragement and hope to others who were battling this all consuming illness. She unwaveringly assembled her painful poems and years upon years of heartfelt agonizing words believing that each powerful sentence had value and could supply hope. As she created it became clear that her poetry were treasures not just mere depressing memories. In her head she became a survivor instead of a sufferer and she became someone with history, with substance and intangible riches. Fragments of Hope quickly went from a fleeting thought into a heartfelt labor of love. As she constructed, scribbled and divulged, her heart began to heal and her words steadily began to flow. 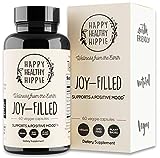 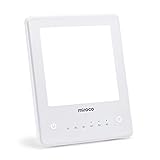