about this book: This is the eleventh book in the Ten Tales series of fantasy anthologies. Previous books featured vampires, ghosts, magicians, pirates, witches and dragons - this time the focus is on demons.

Demons may be the most dangerous of all paranormal creatures. Intelligent and deceitful, they are not only masters of disguise but they manipulate human desires. They blur the boundaries between right and wrong, exploit moral weaknesses, plant convictions in the victim's mind, and persuade humans that they want the thing the demon aims to bring about.

Every culture in the world has demons, but their nature, purpose and appearance varies.

Each of the authors in this anthology holds a different vision of demons, and has woven a story around this concept. Some have drawn inspiration from real life experiences, others from the traditions of their culture, and they all have used their vivid imagination. Their stories span a wide spectrum of styles – funny and scary, thought-provoking and disturbing.

I chose the stories with the aim to give the reader variety.

When you read this book, think about which story reflects your own idea of demons. Would you recognise a demon's wiles when it is baiting you.

To preserve each author's individual writing voice, I have kept the phrases, grammar, punctuation and spelling used in their part of the world, so you will find British and American English as well as regional variants.

The book cover art is by artist Jamie Chapman.

Some of the stories have been previously published, others are seen here for the first time. Here's the list:


1. THIEF AND DEMON by Jake Elwood
A gutter rat gets an offer she can't refuse.

3. NINE RINGS OF SILVER AND ONE OF BRONZE by Rayne Hall
Time has come for Mourad to face his fear and atone for his guilt.

4. DETRITUS AT THE CHURCH FÊTE by Heide Goody and Iain Grant
A demon is sent to earth to disrupt the harmless pleasures of English rural life.

7. NEREZZA by Debbie Christiana
In the end, who's the real demon?

8. THE DEVIL NEVER TAKES A VACATION... AND NEITHER DO I by Douglas Kolacki
A man whose profession is all things spiritual, ought to have known...

9. THE TOUCH OF THE TANIWHA by Tracie McBride
The Taniwha. Protector? Monster? Or something else entirely? The four perspectives presented in this tale may not bring you any closer to the truth.

10. STONE CITY, OLD AS IMMEASURABLE TIME by Kelda Crich
An ancient voice speaks across continents; a mother hears the call. 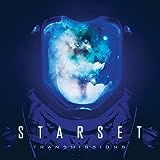