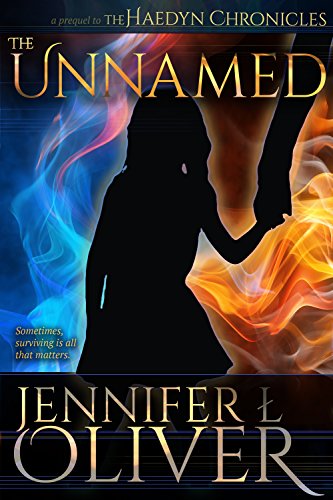 about this book: Most of my stories develop because a character appeared in my mind, usually acting out a scene or a snippet of dialogue. Its like a mini-movie that plays in my head, over and over again, until I write it down.

The main character, Haedyn, first appeared to me as an adult. But as I wrote her story, I kept wondering what her life was like before. How did she come under the service of the demon Azazel? How was her species created in the first place?

I couldn't help myself, I had to write that part of the story, too. THE UNNAMED answers these questions. It gives the readers a better understanding of Haedyn's origins and lets them get a taste of Azazel, in all his evil glory.

The Unnamed is a short prelude to the upcoming novel, HAEDYN, due out in early 2012.

The demon Azazel is trying to make souls that are born tainted with evil. But his process unintentionally creates something more powerful than either demons or angels, a species he calls the Unnamed. They've come to protect the human world and stop Azazel from corrupting the laws of free-will. Will he be able to contain this new power or will The Unnamed cleanse the earth of all supernatural beings, including Azazel?