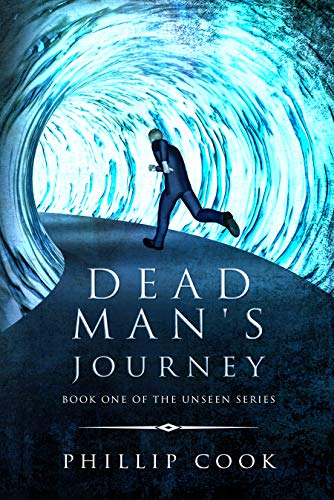 about this book: We all have pet hates - one of mine is people disobeying pedestrian crossing (crosswalks) signals. I had a vision one day of people crossing against a red light and vanishing. The story came from that. Here's a taste:

Some say we're born spiritual dead but with an innate knowledge; something burned into our heart. For some it burns brightly, but for others it's just a dim glow. But circumstances can fan the fire. Aaron Fitzpatrick was about to find this out.

There was a man who hated law breakers and implemented a cutting-edge technology that enabled the transportation of people from one spot to another. He'd tested using homeless vagrants as guinea pigs. The process was not glitch-free and caused deaths, but the man believed his actions were for the good of society. Aaron's father was an unwitting victim and then Mackenzie, the girl Aaron cared deeply for, became mixed up in the man's schemes. And so Aaron's journey begins.

As the story progresses, a curtain is lifted, revealing the spiritual world with glimpses into the background of the world we know, populated by angels and demons on assignment as they deal with deaths of people.

The story is softened by humor provided by the dialogue of three likable homeless men, Churchie, Mel and Wally. Churchie also had gained a talent—he could see the spiritual realm and helps Aaron to understand it.

The story comes to a climax with one man's obsession with Mackenzie totally out of control and Aaron calling on all his resources to deal with it.