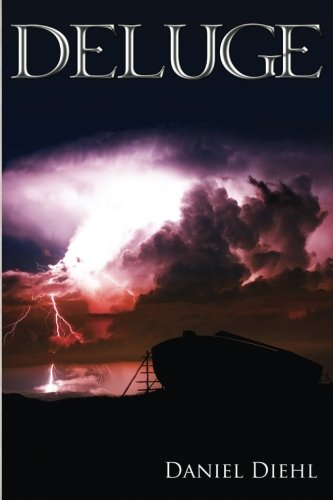 about this book: The story of Noah and the Great Flood is unquestionably one of the most beloved and uplifting legends of all time. It's a story of spiritual awakening, family oriented values, good versus evil and the redemption of mankind.

'Deluge' deals not only with the story of the Great Flood itself, but also with the relationship between Noah's family, who are presented here as fully-rounded human beings who find themselves caught in the unprecedented nightmare of a world-destroying flood brought on by a God whose existence they had never suspected. In counterpoint to the story's main theme is the evolving relationship between the members of Noah's extended family and their collective relations with a world so hostile and dangerous that God has decided to destroy human life.

• "A fascinating and humanizing take on an ancient legend" - MP Donnelly

Considering that virtually every major culture has told the story of a great, all engulfing flood which took place at some time in the distant past, Deluge will be embraced by both conservative and liberal, pagans, Christians and those interested in ancient history in general. 'Deluge' is the dramatic retelling of one of oldest legends known to mankind. You'll never think of Noah and the Flood the same way.