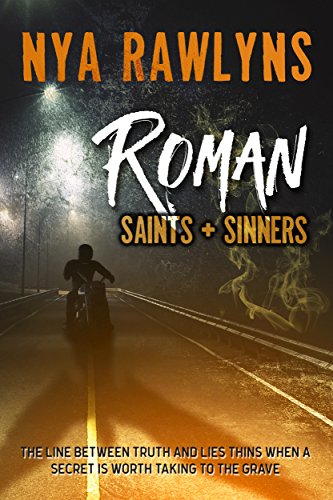 about this book: In a dying town, two teens marked by the townspeople as broken struggle with the burden of lies masquerading as truth. Not even a man of faith is strong enough to hold back the coming darkness.

Fresh out of three years in juvie, the only friend Roman has is Father Marcus. The priest convinced the court to remand the troubled teen to Benedict Nowak's supervision. Roman has to keep his head down and his nose clean. Not easy for a teen with anger management issues and a secret that could lay waste to an intricate web of deceit and lies.

Roman has three strikes against him. His Hispanic heritage makes him a target for racism and hate crimes. It's rumored his brothers have ties to the Trinitarios and the Bloods, running drugs and guns down the lucrative northeast corridor. The third strike is a well-kept secret, locked away in the bowels of a bureaucracy unwilling to confront a threat that will challenge even the bravest men of faith.

And only Roman and Father Marcus think they know why the boy was set free...

At age five TJ had a choice. She chose wrong. For eleven years she has been the whipping post for a woman with ice in her veins and a single-minded devotion to her career. Her older brother, Anton, was the next best thing to a parent until he chose service to country and left her to the shrinks and a jailer masquerading as a housekeeper.

At age sixteen, TJ had another choice. She chose to pull the plug, unwilling to watch the mother she hated suffer any longer. On the day they buried the ice queen, TJ's father and Anton took her home to Montville to rejoin the family that had discarded her like so much trash.

From her life on the tony Main Line in Philadelphia to the sere wastes of Montville in the center of coal country, TJ's journey will be more than just a culture shock.

Before Anton leaves to rejoin his squad in the Stans, he warns her off the strange young man who lives atop her father's garage. She's more than happy to oblige, except events force her to re-evaluate how she looks at the arrogant and intriguing Roman Rincon.

For older young adults and adults, Roman (Saints and Sinners) will take you through a dark and perilous journey of the mind and heart. It will take to the place where more than faith will be tested when it comes time to choose.