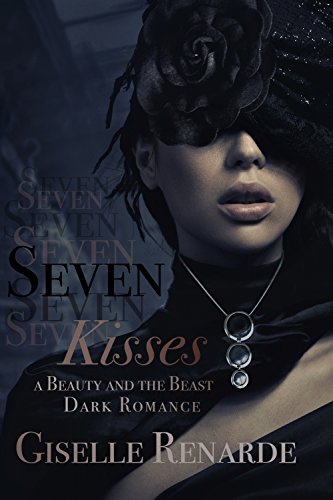 Book: Seven Kisses - A Beauty and the Beast Dark Romance by Giselle Renarde

about this book: A special note from author Giselle Renarde:

My new release, Seven Kisses, is a dark romance. What does that mean, exactly? Well, a dark romance isn't exactly your typical holding-hands-on-the-beach sweet and loving story. It's pretty much the opposite of that. Think capture. Think confinement. Think... Beauty and the Beast.

What's Seven Kisses book about? It's about a girl who's just walking along, minding her own business, when she's drawn into a weird Victorian mansion parading as a rehab centre. Gabrielle's pretty sure if she sticks around she'll spot some celebs (she's convinced the place is a secret celebrity rehab clinic), but *spoiler alert* that ain't how it goes down. The joint is run by a strange Madame who's got major issues... and a beast on a leash... and monkey butlers...

My name is Gabrielle, but Madame de Villeneuve thinks I'm a girl called Suzanne. Nobody believes I'm really who I say I am. I guess I'm partly to blame. After all, I did sign a stranger's name to my committal forms when I entered this rehabilitation centre. I'm not actually addicted to anything—not sex, not drugs, not even rock and roll.

So what's kept me here? It's a long story, and you probably wouldn't believe it even if I told you—especially the part about the monkey butlers. How does an innocent young woman end up bound to a hospital bed in the bowels of a Victorian manor house? I'll tell you if you really want to know… but I'm not sure you do.