about this book: Beautiful women... Mad vampires... Swords and daggers... Darkness, romance, violence, twists&turns in a medieval castle: the Devil is now awake.

A strange invitation brings doom for Arthur de Seragens, as all forces of evil seem to target his love interest - gorgeous Adrianna de Valois, the young and chaste(?) daughter of the Chief of Police. A wedding in a haunted castle, powerful guests, the Holy Inquisition, supernatural happenings and occult murders, passion, innocence, savagery... A vampire or a werewolf stalking the dark halls... Who will survive the ordeal? ... And what is the price to pay? ...

Based on Inquisition's archive and medieval chronicles

GET THE TORCHES NOW AND STAY TOGETHER. DARKNESS IS RISING.

Content
• PART I. THE STRANGE WEDDING OF A BEAUTIFUL MARQUISE
• PART II. THE CHILDREN OF THE PLAGUE
• PART III. SERVANTS OF THE FULL MOON
• PART IV. THE CROSS AND THE FIRE
• PART V. ALL THE DEMONS OF THY HELL
• PART VI. MAX SCHWARTZ IN THE BEGINNING

There are only few good Romanian writers of fantasy and dark fantasy, and fewer of gothic and horror, and for that precise reason I was not sure what to expect from Oliviu Craznic's book. Yet I gave it a try, based on the positive reviews and on the fact he gained some awards which got my attention.

I didn't regret it for a minute. The book is one full of suspense, mystery, and have a lot of touch of Romanticism, which made me feel like I was reading a Byronesque version of Anne Rice or George R.R. Martin. It's for sure one of the better vampire stories I ever read, and I've read a lot. It's just breathtaking and tragic in every page, with great characters, sad, dark setting and elaborate, complex story.

I am really proud a Romanian wrote this novel. I would love a movie on it. It's surely, fully deserves an international exposure.

I keep my finger's crossed for an English version - this would help Romanian literature to take a seat at the International table of excellent books&stories. [by Adina Tatar] 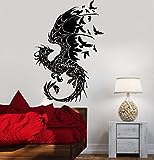