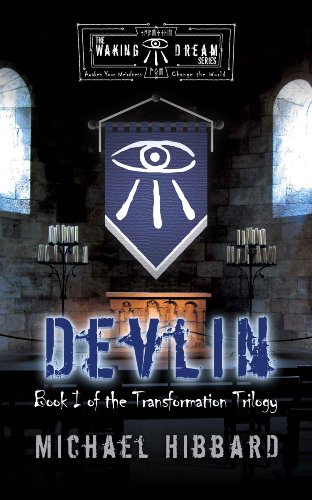 about this book: The Waking Dream is my interpretation of the universe, more than just a literary interpretation, but a literal interpretation. The ideas for the Waking Dream began back in 1995 when I was running a free-form role-playing channel on IRC (Internet Relay Chat). The focus was to create an interactive story with a framework that anyone could interact with. I set the storyline and others just interacted with what I set forth. At one point I had over 80 players engaged in the world itself. At the time, I was a freelance web designer, which afforded me a great deal of time for me to role-play, sometimes for 10 to 12 hours at a time. Waking Dream was intended to become a game, because when you come to understand the nature of the Waking Dream, you realize that life really is nothing more than a game.

I have spent over 15 years documenting the dynamics, studying world religions, philosophy, quantum mechanics and cosmology to make my world as "real" as possible. I want people to believe that they have the power to change their world through their own Weirdness — their own individuality. The Weirdness comes from the term Quantum Weirdness which I have philosophically pondered my entire life. Weirdness is the product of a primordial force which has been talked about in so many religions, philosophies and science. I liken it to the Tao, Dark Energy, the Holy Spirit, the Force, the Field and the Akashic Record. It is the source of all magick that has been diluted by the over-population of our planet.