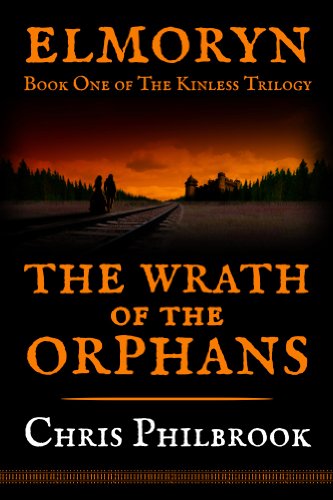 Book: The Wrath of the Orphans (The Kinless Trilogy) by Chris Philbrook

about this book: As a hard working game developer almost ten years ago, I sat down one night with a vision for a fantasy setting for a role playing game. The name of that world came to me as I envisioned a small village bathed in flames, overrun by a horde of the undead: Elmoryn. I would call it Elmoryn.

Ten years, and over a quarter million words of development later, I decided I would write a novel set in my world, and day after day, I returned to my first vision of that village beset with zombies and fearful survivors running for their lives. The twins, Malwynn and Umaryn were the only survivors of that fire, and thier story became the novel The Wrath of the Orphans.

Wrath follows the twins as they attempt to put their lives back together after their home is razed to the ground by forces from the corrupt Amaranth Empire to the north. When they realize they might have a chance to track down the people who killed their parents and friends, they become obsessed with finding vengeance, and begin to slide down a dark path that leads them to revelations about thier world and their family that they couldn't possibly have anticipated.

Wrath is the first novel of my Kinless trilogy, a highly well received dark fantasy novel series, with hundreds of readers, and over a dozen five star reviews on Amazon and Goodreads.

Video: Elmoryn - Death is not the End