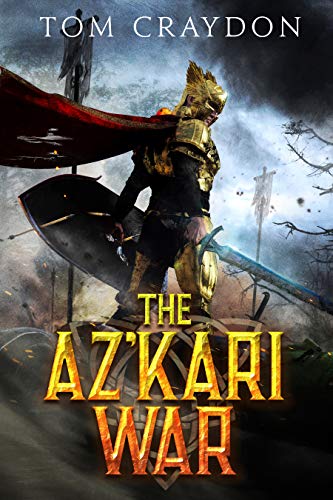 about this book: This is my first novel, a dark fantasy, which is going to be a part of an exciting new series. It's set in a world where a race of humans begin a military campaign to protect a race of green-skinned humanoids known as the Az'kari. The Az'kari are peaceful and civilized beings, yet they are continuously persecuted and enslaved by a race of warrior nomads, called Ska Orrak. The expedition of the humans leads them on journey to a haunted forest where the Az'kari have built a settlement, seeking sanctuary from the violent clans of the Ska Orrak. The campaign goes well in its early stages, but soon, pressures of survival in the forest cause discipline to break down in the human army, and they find themselves not only battling the Ska Orrak, but also the nightmarish creatures which reside in the settlement they've come to defend. King Bennain Marcastian, the young leader of the human army, bears the burden of not only protecting the Az'kari, but dealing with the ruthless and uncompromising Ska Orrak. Alongside his army commander, General Thean Keralis, they must also return their men safely to their homeland of Vella Carrain, and find a lasting solution to the plight of the Az'kari.