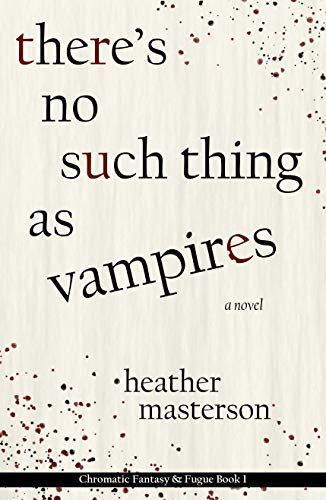 about this book: Almost everything I've ever written started with a weird thought, and then a story grew around it and took on a life of its own. I thought that I was writing a book, but as it turns out, I was writing a series. There's No Such Thing as Vampires is our first glimpse of the puzzle, but there are pieces yet to be revealed.

There may or may not be vampires. There is definitely a monster, but identifying monsters can be tricky. Is it the kind with claws and teeth and wicked eyes? Is it the kind with too much time and power on his hands? Or is it just a normal person who encounters a tragedy and makes tragic choices along the way?

Some of the things in this book surprised me - there were a few things that even I didn't see coming until I actually wrote them - and I hope that means that readers will be surprised, as well. Nothing is as it seems. Or it's exactly what it seems. It's hard to say when you don't know who or what might be pulling the strings.