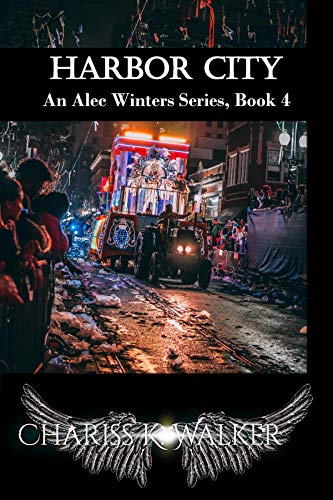 about this book: Don't miss the exciting conclusion of this supernatural-suspense, dark-fantasy series.

The story begins in Prelude (An Alec Winters Series, Book 1) when Alec is only a teenager. Through a rage he couldn't control, Alec is magically transformed into an angel/demon. His life changes overnight, but was it always his destiny?

Twenty years later, Alec returns to his hometown in Crescent City (An Alec Winters Series, Book 2). Now, he is a seasoned army medic, but in order to have the time needed to clean up his city, he opts to work as a traveling medical supplier.

In Port City (An Alec Winters Series, Book 3), Alec travels to Mobile, Alabama where he annihilates a sex-trafficking ring. Being on the road has its disadvantages. While away, a disaster happens back in New Orleans.

In Harbor City (An Alec Winters Series, Book 4), struggling with overwhelming loss, Alec travels to Melbourne, Florida for his work. You won't want to miss the exciting conclusion to this vengeance-driven series as everything comes to a head in the final volume.