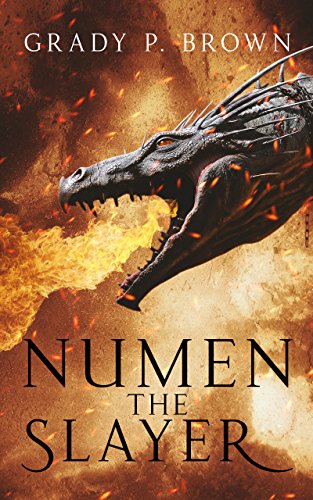 about this book: Numen the Slayer takes place in an empire consisting of nine kingdoms and revolves around a young baron with a handful of his servants. Their way of life was destroyed by a barbaric king. Now they are on a quest for vengeance against the very monarch who wronged them. Readers will be introduced to a tale full of danger, adventure, and epic battles. For years, I wanted to write my own fantasy series. Therefore, I spent that past year researching medieval history in order to gain as much authentic inspiration as I could for the story. I chose the title "Numen the Slayer" because "Numen" is one of the Latin words for "God" and the main character of the story, Numen Magnus, is a slayer of both warriors and monsters. I chose the cover because it featured a dragon and I have been a devout fan of dragons for as long as I could remember. The hardest part of writing this book was overcoming writer's block from time to time. While gathering medieval research, I binge-watched historical documentaries, ate authentic food from the period, and participated in medieval re-enactments. As a result of writing Numen the Slayer, I am now a more cultured and educated history buff than I was before. To my readers, I hope you enjoy the world I created. The Gold Phoenix Rises!