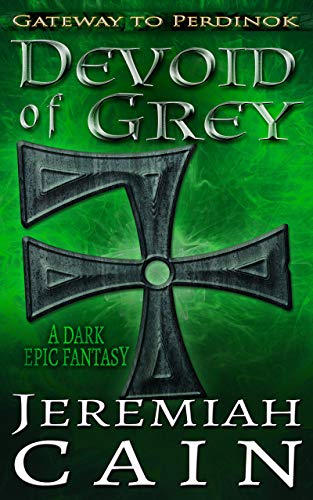 Book: For the Betterment of the World - Gateway to Perdinok by Jeremiah Cain

about this book: This dark epic fantasy – FOR THE BETTERMENT OF THE WORLD – introduces a series of series set on the world of Perdinok (pear-di-nok), a magical world forged with rich and varied cultures, people, history, and lands. Various, interrelated novels of powerful storylines are in the works. They explore the everlasting collision of Light and Dark and sword and sorcery on both personal and heroic levels.

This particular book sets off immediately after a plague has devastated the most populous region of the main continent, an area stretching multiple empires and kingdoms. This pivotal moment in Perdinokan history marks a time when two dire events correspond:

First, the Church of Déagar (the largest church in the world) has responded in force to help those affected by the plague, running hospitals and clinics, but with little in the way of personal protective equipment, a large percent of the Church (perhaps the best of it) has died off. Secondly, the remnants of the haggard population seek a reason for the plague, or more accurately, someone to blame.

From this turbulent hate, an ancient man named Krasil rises upon a tide of accusations: his bony finger aims at practitioners of magic as the plague's cause. He seizes control of the Church, becoming Supreme Pontiff, and sways the king of the largest of all empires that it would be for the betterment of the world to execute all who either practice magic or support it.

FOR THE BETTERMENT OF THE WORLD is a single story arc formed of eight stories in which various heroes, unknown to each other yet fighting with a common cause, strive to stop the growing armies of the Church of Déagar before they are unstoppable.

Nevertheless, with every passing year, the corrupted forces of Light grow stronger, risking the release of primeval powers beyond even their control.