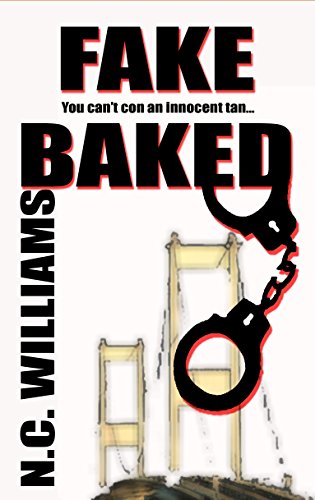 about this book: This is a dark comedy story about a conman wanting to make his fortune by acting out the great cons of the past. Although the story begins in New Mexico, it is set in Wales, but I've tried to make the characters pretty universal...we all know people like Bryn, Sharon, Hywel, Rhys and the dreaded villains.

The story was initially written as a screenplay but later converted into a book. If you get a chance to read it, please let me know what you think. You can get me at my website: http://nigel-williams.info. I really do read all mail and will reply to you as soon as possible. I value readers comments.

Fake Baked is the story of a hapless and homophobic conman Bryn Jones, a man who longs to pull the ultimate scam. Being a fan of the old cons of Victor Lustig, Bryn sets about planning a con that will be the equal of Lustig's and go down in history.

But Bryn has already set events in motion that will threaten the success of his plans. When an insurance fraud goes wrong, Bryn gets drawn against his will into the murky world of drug dealing and the even dirtier world of the fast-tan business.

With time running out, Bryn and his team select the crooked men they have targeted as the marks and they begin the con that will threaten their freedom and even their lives.

Will Bryn escape the clutches of the drugs bosses, and can he pull off the scam of the century? Whatever happens, Bryn will have to face events that will change his life and his opinions forever.