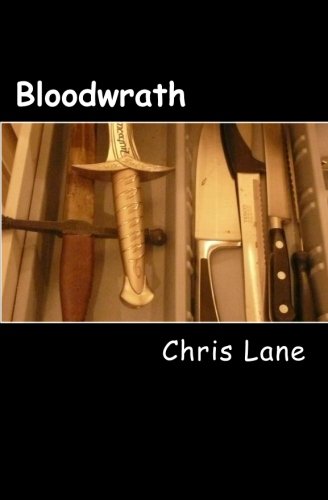 about this book: Modern Britain: eccentric characters and violent murder. The bestselling comedy novel in the UK is a dark tale of bodies in dustbins and deeply stupid people. Laugh-out-loud comedy with chunks of nastiness in between. Not a crime thriller - Roger did it.

A school-teacher comes home and disturbs a burglar - in the scuffle he kills him, with a sword, and then his mate. Then - blackmailed by a local policeman- kills a drug dealer and a paedophile. To add more fun the next-door-neighbours are east-european gangsters who leave a body in his house, but are then killed themselves, and Roger's girlfriend finds out ... and his secret is discovered by some travellers, and a paid killer - it just gets worse and worse.

Any message behind this book? No: just a very funny book getting five stars on both sides of the Atlantic. Reviewers have compared it to Tom Sharpe (with more blood) or Terry Pratchett (with fewer wizards).

by best-selling author and script-writer of award-winning shows performed all over the world: Chris Lane