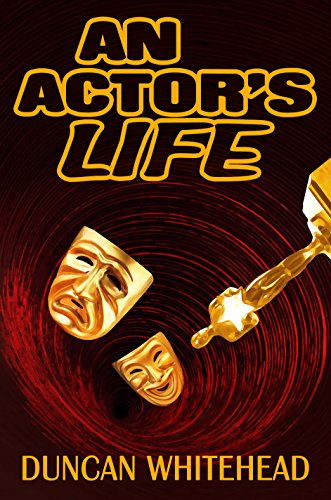 Book: An Actor's Life - A Short Story by Duncan Whitehead

about this book: An Actor's Life is a short story that packs a punch. Set in Hollywood and London it follows the lives and careers of two actors; The book has been hailed as one of the best short stories currently available on Amazon and has received praise and feedback from some of the World's most famous and notable actors.

This book will appeal to those readers with a dark and twisted sense of humor, who see the irony in life and enjoy a cautionary tale. I was inspired to write An Actor's Life after watching the 2012 Oscar Ceremony - the elite of the acting world being watched by the not so successful thespians of this world. It made me think...what if ... ?

The reader will recognize nods and in jokes to famous actors, but of course the story is fiction - there is no way something as tragic as the events depicted in this tale could ever happen ... could it?

Of all the story's I have written this is my favorite - and indeed the character of Terry Sparkes is a character that I am fond of; he is flawed, like most of us, in fact I would say...well, see for yourself...it is a quick read and I am positive you will enjoy it as much as I enjoyed writing it!