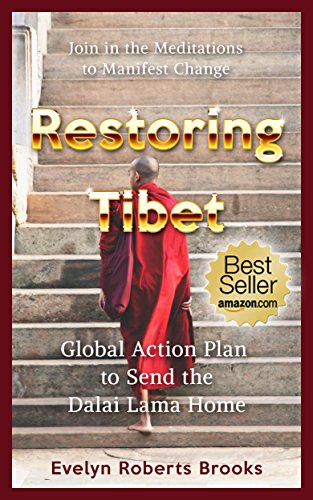 about this book: This book is the outcome of nine months of meditation that focused on envisioning the Dalai Lama happily and peacefully at home once more in Tibet, after over sixty years in exile.

I woke one morning with the idea "We should send the Dalai Lama home!" And since I'm a student of the law of attraction, and an author with a focus on manifesting a life you love, I claimed the idea and went into action by creating a private series of meditations for myself that I still use daily. As months passed, I realized that I should release a book on this topic on the 15th anniversary of the attack on the World Trade Center, and this book "Restoring Tibet" is the result of that decision.

I'm not a Buddhist, and at the time of getting the idea I had never read any of the Dalai Lama's books, attended any of his public speeches or even seen him on YouTube. I thought I was a strange choice for the idea to come to, but then as time passed I realized that most of his followers and fans would probably have a lot of mental and emotional baggage that might make it harder for them to easily picture the changes that I was envisioning.

It's easy to get caught up in anger and outrage when you know the Dalai Lama's history and the reason for his flight to India when he was a young man, but those dark emotions push away the results we want. Since I was free of anything other than a compassionate wish to restore Tibet, it was easier for me, I believe, to write this book and offer ideas for how, by joining in the millions, we can open the doors of opportunity for the return to Tibet of His Holiness the Dalai Lama and thousands of Tibetan refugees.

In this book, you will find easy meditations that will help you create more of what you want in your own life, while holding a strong picture of the Dalai Lama's return to a Free Tibet.

There are ideas for schoolteachers, speakers, bloggers. It is an Action Plan, not a history or even a summary of the problems and issues still surrounding Tibet today.

If you'd like to part of the high-level collective consciousness that will make a wonderful difference for millions of Tibetans, I hope you'll read my book—and get into action with the meditations. The book includes a link to my reader's gift page with more material and downloadable meditations.

A reviewer says: "WELL WORTH READING! This book will inspire you, and it will trigger you to think creatively and ask what's possible in anything in life." 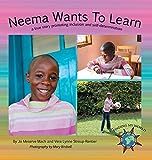