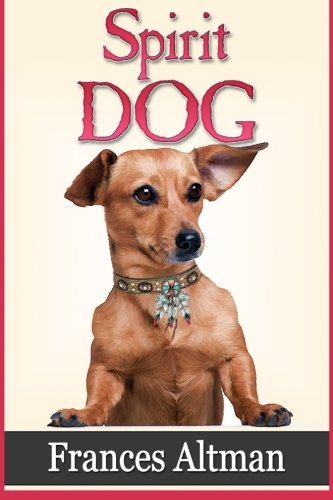 about this book: "Spirit Dog" combines an adventurous dog story with a historical and cultural background. Jeffrey Martin and his dachshund pal, Adolphus, roll into the Oklahoma Territory of the 1800s in a covered wagon. In the Three Rivers region their adventure begins when they explore a riverboat and rescue a Cherokee boy. All are then captured by Osage Indians, befriended by an Indian Princess and plan an escape at a Salt Springs boil.

I once lived in Oklahoma, did research there, attended Tulsa University and wrote about the Fort Gibson area. I was fascinated by folklore tales such as "how the opossum lost its bushy tail." I wondered what the Indians living in those days thought when they saw a dachshund with its long body and short legs and compared it to their scrubby wolf-like dogs. Awesome and so different! It had to be a "spirit." This particular comparison inspired me to write "Spirit Dog" and it also seemed to be an appropriate title. Other facts that I found to be interesting was that some Indian tribes not only had a chief and medicine man but also a princess who helped in governing their community. Thus I created an Indian Princess for my book. Small riverboats also ascended the rivers running through Oklahoma and provided transportation to trappers and settlers.

I especially enjoy writing for readers in grades 3-5, and like to build into my stories tidbits about historical figures and events. In the past I have written biographies about President Dwight Eisenhower, General Douglas MacArthur and musician George Gershwin. Although a writer must incorporate a great deal of imagination in composing a story, adding historical events or places gives strength to the setting and helps a character seem real.