about this book: I knew nothing about Czechoslovakia until November 1989, when the Velvet Revolution engulfed this Soviet State.

On November 17, students demonstrating peacefully in Wenceslaus Square were attacked by the police, and suddenly all of Prague took to the streets demanding change.

By the end of December, the Communist government had toppled and award-winning essayist and playwright Vaclav Havel was appointed President.

When I read the newspaper reports on December 29, that he had become President of the newly liberated Czechoslovakia, I knew I had to go there. Being a "starving writer," I longed to touch the soil and breathe the air of a nation that had made a writer president and had overturned its government without the use of tanks or bombs or rifles.

I arrived in Prague in the summer of 1990, my reporter's notebook in hand, my 35mm camera hanging from my shoulder, and found myself immersed in national euphoria.

Music and art filled the streets. The country had recently held its first democratic elections since 1946, and everywhere there was the joyous feeling of freedom and possibility.

I interviewed college students, parents, people in the streets and one world-weary dissident in my search to understand how a nation under Communism's oppressive thumb for more than 40 years could rise up and overturn its government without so much as a bullet being fired.

"Living the Velvet Revolution" is their story. This 36-page essay gathered dust in my file cabinet for years, until e-publishing enabled me to pull it out and share it with you. I hope you enjoy this time-capsule revelation of one of the most unusual revolutions of the 20th century -- Czechoslovakia's Velvet Revolution. 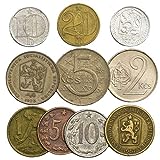 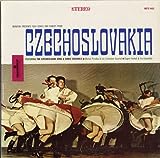 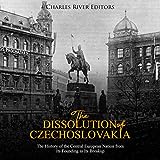