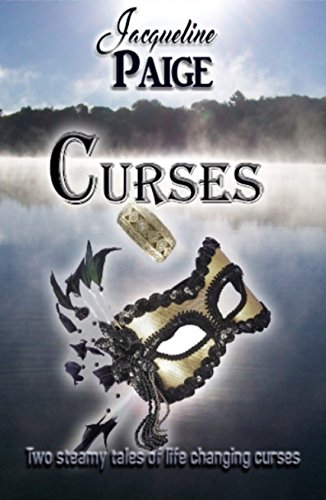 about this book: I have been called the queen of curses after this one. The second story in this two story book will make it my fourth story with the main theme of curses. I'm not sure why it intrigues me so much to plan out a curse and how to break it, but the two in this story were as always a challenge and well worth the hours of thought.

• First story
Behind the Mask

In a fit of temper, Gracelyn's only sister curses her so she's forgotten the moment anyone turns away from her. Only one thing, at an exact moment, can break the curse.

After years of failed attempts, she is forced to accept living her life completely alone. Her world becomes calm and predictable...
until one Halloween night...
one costume party...
and one masquerading man change everything.

Devastated Emma flees to a cabin on an isolated lake to attempt putting her life back together. How she's going to accomplish this she has no idea? The only thing she knows is she can't go back and will never be able to trust again.

Bryce spent forty years trying to figure out how he ended up in the strange situation of not being alive or visible. It's when he stops trying to find the answer he discovers the reason. Feeling that deep in your soul connection with another was what he was lacking all along. Now if he can convince the woman he feels it for, he may have a chance at living once more.