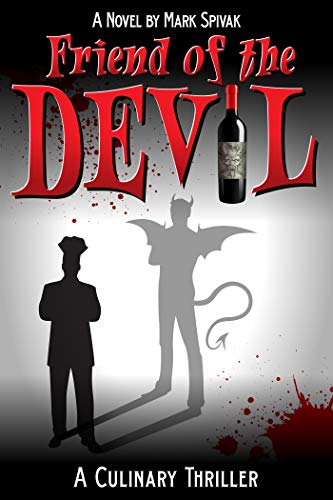 Book: Friend of the Devil by Mark Spivak

about this book: Friend of the Devil tells the story of America's most celebrated chef, who has cut a deal with the Devil for fame and fortune. The book emerged with agonizing slowness: I probably carried the story around with me for two decades before I sat down and wrote a first draft, and the path to publication took another ten years after that. Part of the problem was the autobiographical nature of some of the material, but most of the problem was the dark place I was forced to inhabit while writing it. I've told many people that my goal was to craft a book that would cause readers to wake up screaming in the middle of the night. This is an exaggeration, of course, and probably not a worthwhile goal in itself, but I believe I ended up with a compelling story that gets to the heart of the conflict between good and evil (while mixing in a healthy dose of food porn). For anyone even vaguely interested in food, restaurants or the culinary world, this book will resonate deeply.