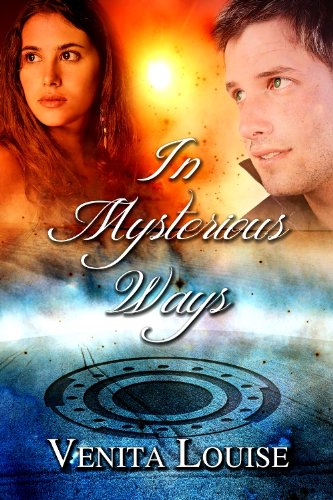 about this book: When well-known California artist Lang Garret takes a trip to Phoenix, he has more than a gallery appearance in mind. His plans include a little surprise for his fiancee, Amanda, who is traveling with him. Unfortunately, a twist of fate, a chance meeting, and a chain of unforeseen obstacles throw all of Lang's intentions out the window.

Lang and Amanda accept an invitation to visit to one of Arizona's energy vortexes that mysteriously contains a newly formed crop circle. It seems innocent enough, but what begins as a curious adventure for them

What begins as a curious adventure for a group of six turns an expected pleasure into a predicament of terror. The unfathomable energy of the circle has a different repercussion for each individual who enters it. It seems impossible that the gyre could produce a horror, the power to kill, a marvel, the power to heal and a blessing all at once but the supernatural occurrences caused by the circle continue to alter their lives long after leaving Arizona. Now Lang and Amanda writhe under the struggle to keep their relationship intact or unwillingly allow the energy to annihilate their love.

While watching a documentary about crop circles I became facinated by the actual measuring of energy found within some of the formations. I began to imagine the possibilities of how this energy might affect those in contact with it. Each character in my book struggles with the changes that have taken place inside them and must make some painful adjustments to their lives.

Hard to set aside good books for something as boring as sleep. Exactly the result I experienced with Mysterious Ways. Finally put it aside at 5am but within reach so I could read a bit more first thing in the morning.

The story is a creative tour of, if you will allow me, everyday paranormal events. At least everyday for those who find their touch a common element in their lives.

For me the best of the story involved the main character Lang. I would like to see his story continue as he represents men as they actually are, strong caring and somewhat out of touch with the reality of the feelings generally swirling around them. He has been developed into a person with depth and an untold future. I am curious how this story might evolve and would love to see it continued in another book. Overall, a good read. [by Pat]