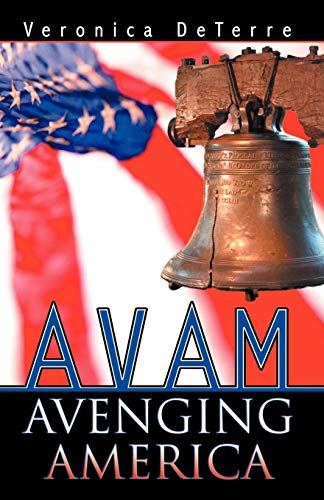 about this book: AVAM is about a group of men, the Vengers that originally joined forces to get justice for victims of horrendous crimes. My background is in biology and science and over the years, I developed some ideas for a science fiction type story that would include "believable" inventions…not the little green men type of SF. I began writing AVAM in 1999 and it was published in 2004.

After 9/11 I realized how little we all knew about Islam. I wanted people to realize the dangers of Islam so I had the Vengers turn their skills towards finding terrorists. And via conversations between characters, a lot of information about Islam was communicated within the story.

To add interest, I created a "love triangle" between the daughter of the main Venger and a handsome, young reporter who is out to expose the Vengers. Also being a cat person, I included some feline characters. One cat, Patriot, even plays an important part in saving the lives of several Vengers!

Each of the Vengers is based on men or relatives I have known or on characters I've admired over the years. Sayon Komat, for example, is based upon a boy we sponsored from age eight to sixteen in Thailand through a children's charity organization. After age sixteen, the children leave the organization and we never were able to find out what happened to Sayon. It gave me some comfort in developing a character after this young man. I still think of him and hope he has had a good life.

Feedback from readers has shown me that both men and women enjoy this book. Many readers feel it would make a great action movie or TV series. Many say they wish the Vengers really existed!

At present I'm writing a sequel to AVAM called "ANOTHER STORY." I hope to finish it before the end of 2012.