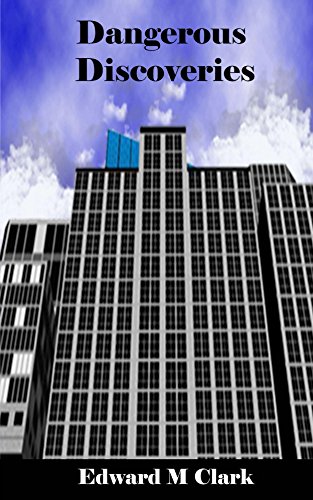 about this book: This is the third installment of a running series. In this book, Mark finds himself more lost than ever. His wife and child now are gone, and his new girlfriend seems to be hiding something. He is finally head of the corporation that held him captive for so long. Even though he finally made it to the top of the food chain, he still feels regret for what it cost him and everyone around him. Just when he attempts begins to make things right he discovers one of the biggest secrets of them all. The corporation is not everything it seems, and a whole entire new world is opened up to him. He knows he should just leave well enough alone but what he has left of conscience forces him to find answers. Unfortunately for Mark, he discovers more than he ever planned.

The inspiration for writing this book was to make some kind of closure. The fans of the first and second book wanted more, but I debated on how to end it. The series is far from over, but it does come to a stopping point by the end of this book. I wanted something that would help end the story for some and also keep the fans guessing about what could be next.

This book took very little time to write. My guess would be about 2 months since I already had a good stopping point and it was rather well put together from the first two books in the series.

The title and cover really describe the entire story. This was done by adding the corporation building and adding a title of what happens throughout the whole book. The building was added to reflect how far Mark has come.

There was no real hard spot that I can pinpoint while writing this book. The book pretty much wrote itself since I had already known how I wanted it to end. If there was anything hard, it was the responses of the final chapter along with millions of questions.

While fans may love the story, the ending may leave you wanting more. For those who just like a good series, this could almost be just enough to end the story with enough closure.