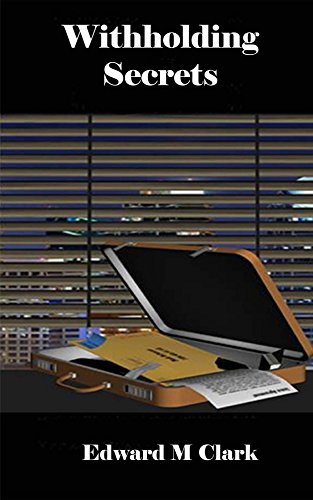 about this book: This book is about a well-educated man with an incredible job, house, and family. It all seems perfect until one day he discovers his life has taken a massive turn for the worse. After losing his job and wife, he struggles to raise his son by himself. Just as he thought things couldn't get any worse unforeseen secrets came out of nowhere. He discovered his son was covering for his mother. He now was confronted by a criminal organization that wouldn't take no for an answer. He thought he could take care of things and go about his everyday life, but he gets sucked in further and further every day.

This book is a criminal mystery book that keeps you guessing. I think anyone who is into criminal books will appreciate the twist and turns that are offered along the way. The hidden secrets and the juggling act that the main character is forced to play I think will benefit most traditional criminal book readers.

I am a huge book fan in general, and I always liked criminal organization novels. I was inspired to go this way with this book because I wanted something a little different. I tried to mix a normal family life along with a massive, dangerous situation to tell a story that would keep the reader's attention.

This book is currently one of a 3-part series (pending more). It took me a year to write all 3, so it is hard to say how long this one book took to finish precisely.

The title went through several different revisions until this simple one finally stuck. I chose this title because it really goes well with the story.

The cover was suggested by a few people who got an advanced copy. I presented 3 versions, and this one caught their attention the most. It represents everything in the book from the businessman down to the dirty illegal activities he is eventually forced to perform.

The only real hard part about writing this book was figuring out where to end it. Since the series was initially written as one novel and then later split up into individual books. I wanted to make sure that there was some kind of cliffhanger at the end so this part was a bit tedious as I rewritten several parts to make it fit and make sense.

The one thing I would ask of traditional criminal book readers is to give this book a chance. It doesn't start with explosions or a crime scene, but it does take on the action and suspense of one.