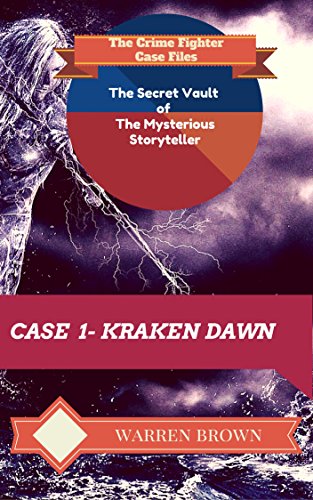 about this book: In this short story the Storyteller has a crime to solve. Neptune the God of the Sea is found murdered in an amusement park.

However, the man who lies dead is not a real God but an actor who would dress up as Neptune the fearless Sea God complete with his Trident of power.

There are a number of suspects with a reason to have wanted the man dead.

The Storyteller uncovers clues and sets out to solve the crime using his special powers and abilities which he possesses as the Storyteller.

The Gods of Atlantis must have been disturbed by this crime, as the dreaded sea beast emerges once again.

Is it a real beast of the sea known to strike terror in the hearts of sailors for centuries or is it just a figment of an overactive imagination?

The beast is the Kraken and it has come to avenge the death of the Merman or has it come to rule the seas once again with its reign of terror and destruction?

The Storyteller must capture the murderer and save the seas from the bloody reign of the feared mythical beast, which has risen from the pits of hell in Kraken Dawn.